After an enormous success in the United States, Squadrone System, French maker of HEXO+ announces its reach to include European brick-and-mortar retailers. In partnership with leading global UAV distributor, Drone Volt, HEXO+ is expanding distribution to make the world's first autonomous drone more accessible to consumers across Europe.

Blending simplicity with the ability to create unrivalled aerial imagery, HEXO+ flies itself. This autonomous flight system can take off, follow and frame its user while filming with predetermined camera movements, and safely land. These processes are entirely automated and simply initiated with the HEXO+ smartphone application. This allows users to capture the moment hands-free, as no bulky remote control is needed.

With its crisp aerial tracking and smooth cinematography, HEXO+ enables both novice and advanced users to unleash their creative potential. To guarantee constant framing and image stability, HEXO+ combines a fast and responsive flight system with proprietary framing and tracking algorithms. The built-in library of cinematic camera movements—developed with motion picture experts—enables users of any skill level to create compelling, professional-grade imagery using HEXO+ and a GoPro camera.

Having a presence in brick and mortar stores around Europe brings added value to HEXO+ customers. In addition to increased accessibility, consumers will benefit from the additional services that retailers can provide: in person expertise, workshops, and customer service, to name a few.

"We were looking for a partner who not only has deep ties to the European UAV market, but one that understands our unique positioning in this competitive space" Says Antoine Level, co-founder and CEO of HEXO+. "We are incredibly proud to combine our experience in aeronautics technology and software development with Drone Volt's retail network. We are confident that they will be able to leverage HEXO+ in consumer electronics and sporting accounts throughout Europe."

HEXO+ is now available for purchase price of 999 €.

HEXO+ will be conducting media demos from April 2-4 at Verbier Ski Resort during the Freeride World Tour. To schedule a demo during this event (or any other time) please contact [email protected]

● No remote control needed—control HEXO+ with just your smartphone and the HEXO+ app, which is available for Apple iOS 8 and Android 4.4 and above

● Compatible with most GoPro camera models

The HEXO+ drone and its companion app use fully autonomous flight to create unrivalled imagery. In 2014, its seven cofounders began leveraging their backgrounds in aeronautics, cinematography, software development and action sports to translate their vision for HEXO+ into a reality. After launching a Kickstarter campaign to fund HEXO+ in June 2014, the team reached its funding target of $50,000 in just 37 minutes. The campaign ultimately raised $1,306,921 from more than 2,000 backers. HEXO+ is now available in the Europe and abroad
. 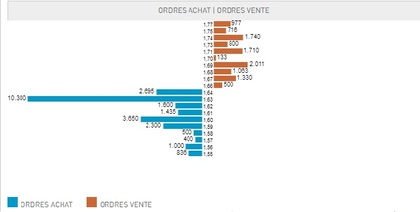