Apricus Eligible to Receive Up to Approximately $50 Million in Upfront and Milestone Payments, Plus Double-Digit Tiered Royalties

Under the terms of the agreement, Apricus is eligible to receive up to approximately $3.8 million from Recordati in upfront and pre-commercialization milestone payments. Apricus is also eligible to receive up to approximately $47 million in sales milestone payments, plus double-digit tiered royalties based on Recordati's net sales of the product in the Territory. In exchange, Recordati will have the exclusive right to commercialize Vitaros® in the Territory, which covers a number of countries and regions including Spain, Russia, Turkey, Ireland, Portugal, Greece, Cyprus, Bulgaria, Croatia, Czech Republic, Estonia, Hungary, Latvia, Lithuania, Poland, Romania, Slovakia, Slovenia, Armenia, Azerbaijan, Belarus, Kazakhstan, Kyrgyzstan, Moldova, Tajikistan, Turkmenistan, Uzbekistan, Ukraine, Georgia and certain African countries. Recordati has agreed to obtain all necessary regulatory approvals at its sole cost.

"We look forward to building a long-term relationship with Recordati in support of their efforts to introduce the first and only topical on-demand treatment for erectile dysfunction in these valuable markets," said Richard Pascoe, Chief Executive Officer of Apricus. "This agreement, which marks the completion of our Vitaros® licensing efforts in Europe, reflects our continued commitment to commercializing Vitaros® through leading pharmaceutical companies such as Recordati in an effort to bring this best in class erectile dysfunction treatment to patients in 2014."

Vitaros® is partnered in key markets, including with Takeda in the UK, Sandoz in Germany, Switzerland and certain countries in Northern Europe, Bracco in Italy, Majorelle in France, Monaco and certain African countries, Recordati in Spain, Russia, Turkey, Ireland and certain other European and African countries, and Abbott in Canada. The Company's existing commercialization partners are currently preparing for Vitaros® product launches in their respective territories with product launches expected throughout 2014.

Vitaros® is approved for the treatment of ED by a number of European health authorities and by Health Canada. Vitaros® is a topically-applied cream formulation of alprostadil, a vasodilator, combined with our proprietary permeation enhancer DDAIP.HCl, which directly increases blood flow to the penis, causing an erection. Alprostadil is a widely accepted alternative to the PDE-5 inhibitors for difficult to treat patients, and Vitaros®, which was determined to be safe and effective by the European health authorities and previously by Health Canada, offers greater market opportunity due to its patient-friendly form versus other alprostadil dosage forms and also relative to oral ED products. With nearly 150 million men worldwide who suffer from ED and an ED market size of approximately $1 billion in revenue in Europe alone, Vitaros® represents a major market opportunity for Apricus and its commercial partners given its unique product profile and its potential to treat a large underserved population.

Established in 1926, Recordati is an international pharmaceutical group, listed on the Italian Stock Exchange (Bloomberg REC IM), with a total staff of around 4,000, dedicated to the research, development, manufacturing and marketing of pharmaceuticals.  Recordati is headquartered in Milan, Italy, with operations in the main European countries, in Russia, in other Central and Eastern European countries, in Turkey, in the United States of America and in North Africa. An efficient field force of medical representatives promotes a wide range of innovative pharmaceuticals, both proprietary and under license, in a number of therapeutic areas including a specialized business dedicated to treatments for rare diseases. Recordati is a partner of choice for new product licenses for its territories. Recordati is committed to the research and development of new drug entities within the cardiovascular and urogenital therapeutic areas and of treatments for rare diseases.

Apricus Biosciences, Inc. (APRI) is a pharmaceutical company that develops and markets through its licensing partners innovative treatments that have the potential to help large patient populations across numerous, large-market therapeutic classes including male and female sexual health. The Company has one approved product, Vitaros®, for the treatment of erectile dysfunction, which is now approved in Europe and Canada and will be commercialized by Apricus' marketing partners, which include Abbott Laboratories Limited, Takeda Pharmaceuticals International GmbH, Hexal AG (Sandoz), Recordati S.p.A., Bracco SpA and Laboratoires Majorelle.  Femprox®, the Company's product candidate for the treatment of female sexual interest/arousal disorder, has successfully completed a nearly 400-subject proof-of-concept study.

Statements under the Private Securities Litigation Reform Act, as amended: with the exception of the historical information contained in this release, the matters described herein contain forward-looking statements that involve risks and uncertainties that may individually or mutually impact the matters herein described for a variety of reasons that are outside the control of the Company, including, but not limited to, its ability to further develop its product Vitaros® for ED, such as the room temperature version of Vitaros® and product candidate Femprox® for female sexual interest/arousal disorder among others; to have its product and product candidates receive additional patent protection and be approved by relevant regulatory authorities in Europe, the United States, Canada and in other countries, such as additional national phase approvals for Vitaros® in the remaining CMS territories, Spain and Luxembourg; to successfully commercialize such product and product candidates and other NexACT® product candidates and drug delivery technology; and to achieve its other development, commercialization and financial goals, such as successfully manufacturing and launching Vitaros® in partnered territories. Readers are cautioned not to place undue reliance on these forward-looking statements as actual results could differ materially from the forward-looking statements contained herein.  Readers are urged to read the risk factors set forth in the Company's most recent annual report on Form 10-K, as amended, subsequent quarterly reports filed on Form 10-Q, as amended, and other filings made with the SEC. Copies of these reports are available from the SEC's website or without charge from the Company. 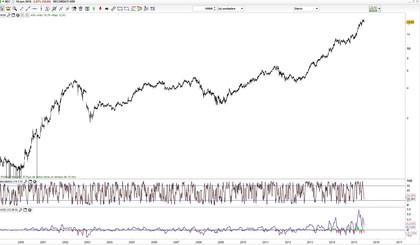 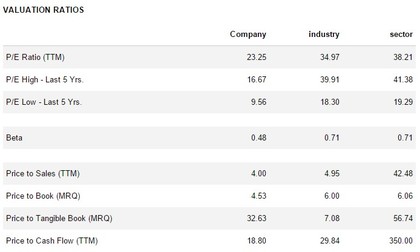